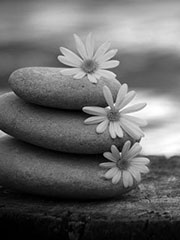 By bringing the three (or four) seals into moment-to-moment experience through concentrated awareness, we are said to achieve Wisdom – the third of the three higher trainings – the way out of Samsara. In this way we can identify that, according to Sutra, the recipe (or formula) for leaving Samsara is achieved by a deep-rooted change to our Weltanschauung.