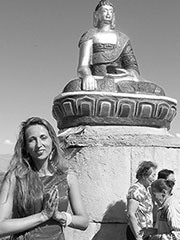 (Note: Egypt, Sudan, and other Arab Maghreb countries are counted as part of North Africa, not Middle East).

Top 20 by population on the left and by percentage on the right.