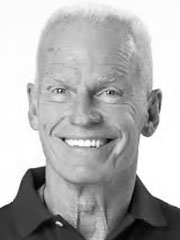 Lama Ole Nydahl (b. 19 March 1941 in Copenhagen, Denmark) is one of the first Westerners qualified as a Lama and meditation instructor in the Karma Kagyu school, a major branch of one of the four main schools of Tibetan Buddhism. His first Lama was the Drukpa-master Lopon Tsechu Rinpoche. In December 1969, he and his wife, Hannah Nydahl, became the first Western students of the 16th Karmapa, Rangjung Rigpe Dorje, who was a renowned yogi and the head of the Karma Kagyu. The Karmapa had a profound influence on their lives and asked them to help bring Buddhism to the West. As a result Lama Ole began to teach Buddhism and organize meditation centers, first in his native Denmark and then in Germany and other countries under the title “Diamond Way Buddhism”. Currently, there are over 480 Diamond Way centers throughout the world, mainly in Europe, Russia and the United States. Lama Ole travels between them during the year giving lectures and meditation courses.

Aside from the 14th Sharmarpa, Lama Ole Nydahl is one of the most prominent supporters of Thaye Dorje in the controversy over the identity of the 17th Karmapa, asserting the Dalai Lama is not entitled to recognize (and has never before recognized) the head of the Karma Kagyu school of Tibetan Buddhism.

Lama Ole is an enthusiastic skydiver and often uses parachuting metaphors in his teaching. In July 2003 on his eighty-eighth jump, he seriously injured his legs while free-falling in lotus position. He has since seen a full recovery. He is the author of nine books in English, including “The Way Things Are”, “Entering the Diamond Way” and “The Great Seal”.