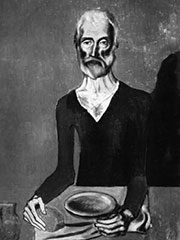 In Buddhism, the term arhat is, strictly speaking, a synonym for Buddha and it is listed in some texts as one of the ten epithets of a Buddha. In Theravada Buddhism it is most commonly used to describe and refer to any completely enlightened disciple of the Buddha. In early Indian texts such as the Pali Canon, the stage of arhat is described as the final goal of Buddhist practice – the attainment of complete and unexcelled Nirvāna.

In Jainism, the term arhat (or arihant) is a synonym for Jina or Tirthankara. The Jain Navakar Mantra starts with “Namo Arhantanam”. An arihant has destroyed the karmas (ari = enemy, hant = destroyer) and is thus approaching nirvana.