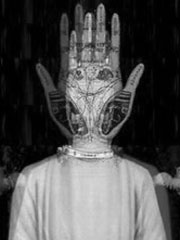 A Sadhana is a ritualistic meditation practice in Hindu and Buddhist spiritual traditions. The term sadhana means spiritual exercise to attain a desired goal, and it is most often undertaken by a Sadhu or a Sadhaka . The goal of sadhana is to attain some level of spiritual realization, which can be either enlightenment, liberation from the cycle of birth and death (Samsara), or a particular goal such as the blessing by a deity. Sadhana can involve meditation, puja to a deity, namasmarana (sometimes with the help of a japa mala), mortification of the flesh or unorthodox practices such as in a smashana sadhana on a cremation ground. Each type of Yoga entails its own type of sadhana.

To embark on a sadhana, a guru is required to give one the necessary know-how and the seed for the future result, in the form of some diksha, initiation, which he or she has received from his or her guru. Nowadays, all kinds of pseudo-gurus promise all kinds of results, without being able to give proper initiation, know-how and the required seed of the future result. Those pseudo-sadhanas are fruitless, or do not go beyond any immediate result such as derived from any practice faithfully executed.

To find out whether a sadhana is genuine, it should be researched as to how it is supported by tradition, i.e. the line of experienced sadhakas who have executed that sadhana throughout the generations, their writings, and the present varied community of sadhus in that line. A genuine sadhana is conforming to Shastra (the writings of the past). The triplicity of guru, sadhu, shastra describes this complex process of verification necessary to establish a sadhana as genuine and effective: The presence of a genuine guru as the giver of access to the living tradition of a knowledge-system, practiced by sadhus down the ages, described by the shastra, texts written for their guidance.

Sadhana is a ritualistic meditation practice when one visualizes a deity (yidam). From attentiveness to details of the deity’s physical appearance, voice, speech, action, and thoughts, one would realize that the deity is more real than one’s self. If the deity is more real than the person, then there is not really a real self to begin with. The next conclusion would be that since the deity was imaged in the first place, then the deity is also not real. The concept of a non-existing self could be applied to all beings, and that all things are impermanent.

Sometimes, a Sadhaka may receive a blessing from a deity by his or her appearance before the Sadhaka at the end of the limited Sadhana.