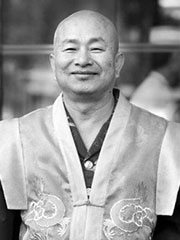 Master Lu Sheng-Yen (Chinese characters: 盧勝彥), is the spiritual leader of True Buddha School, based on the ideals of Taoism, Sutrayana and Tantric Buddhism. Master Lu is revered by his disciples as a “Living Buddha“, called Lian-sheng. (Chn. 蓮生活佛).