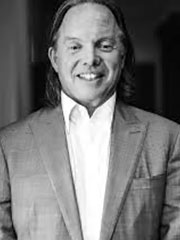 Geshe Michael Roach, founder of Diamond Mountain, was born in Los Angeles in 1952 and was raised in Phoenix, AZ. As a student at Princeton University he concentrated his studies in religion and ancient Sanskrit and Russian language. He met his teacher Khen Rinpoche Geshe Lobsang Tharchin in 1972 in the U.S. and studied very closely with him after that time. He was ordained as a Buddhist monk in 1983 and is entirely fluent in the spoken and written Tibetan language. After approximately 20 years of daily intensive study with Khen Rinpoche in New Jersey and at Sera Mey monastery in Southern India, Geshe Michael received the Geshe degree in 1995 (akin to a Doctorate of Divinity). He has also studied extensively at Sera Mey with Geshe Thubten Rinchen, one of the great living scripture teachers.

Geshe Michael Roach is the founder of numerous non-profit organizations and as a result has spent decades teaching and bringing Buddhist ideas to the west. He has written several books on topics including business management and yoga in relation to Buddhism.