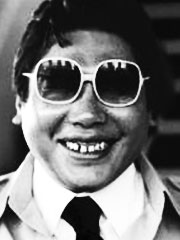 His parents are having tea
With his new girlfriend –
Like a general inspecting the troops.

Gentle day’s flower –
The hummingbird competes
With the stillness of the air.