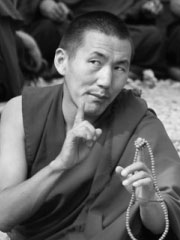 It is difficult to know what to make of this building of ever higher teachings, and more secret practices. If one accepts the Pali Canon as evidence (and most Buddhists would) then there is ample evidence that the so-called ‘Hinayana’ practices were efficacious. It is also clear that an Arahant was definitely one who had attained the goal set out by the Buddha. The differences between the Arahant Ideal (as the Mahayana designates the Hinayana goal), and the Bodhisattva Ideal (as the Mahayana designated itself) are not so much differences in goal or aim, as they are differences of emphasis – one emphasising the subjective, internal transformation of self; the other emphasising the altruistic, other regarding aspects of the teachings.