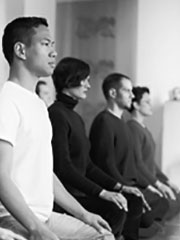 While it resists being a “credentialing body,” the prominence of the AZTA is such that with the increasing number of people who simply declare themselves “Zen masters” as well as the more problematic situation of people who can legitimately claim a technical lineage but have questionable preparation to actually guide others, the directory has become the defacto list of authentic Zen teachers in North America. As such, in addition to its stated mission of serving Western Zen teachers, the American Zen Teachers Association has become the principal way for those seeking authentic forms of Zen practice and teachers who stand within authentic lineages, whether derived from China, Japan, Korea or Vietnam, to find “real” Zen teachers.