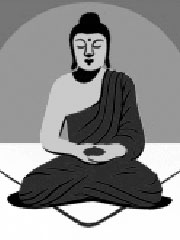 The Tricycle Foundation, formerly The Buddhist Ray, Inc., was established in 1990 as a not-for-profit educational organization dedicated to the introduction and dissemination of Buddhist views and values. In 1991 it boldly launched Tricycle: The Buddhist Review, the first magazine intended to present Buddhist perspectives to a Western readership. Until then, there was no public forum for exploring contemporary and traditional Buddhist ideas, or their integration with Western disciplines; no forum for Buddhists of different traditions to come together, and no accessible, independent voice to initiate dialogue between Buddhism and the society at large.

The mission of The Tricycle Foundation is to create forums for exploring contemporary and historic Buddhist activity, examine the impact of its new context in the democratic traditions of the West, and introduce fresh views and attainable methods for enlightened living to the culture at large. At the core of the Foundation’s mission is the alleviation of suffering that Buddhist teachings are meant to bring about.

Tricycle is an independent foundation unaffiliated with any one lineage or sect.