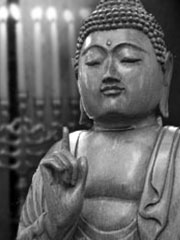 In Buddhist context, rohatsu is a day traditionally honored as the day of the Buddha‘s enlightenment.

While deep in meditation under a bodhi tree, he attained enlightenment upon seeing the morning star just at dawn; celebrated on the 8th day either of December or of the 12th month of the lunar calendar.

Today is Rohatsu, celebrated widely in Buddhist countries, or countries where Buddhism has many adherents: For example, Japan, China, Korea, India and Thailand. The day commemorates when the historical Buddha, the Prince Siddhartha Gautauma experienced enlightenment in 596 BC. The day is also known as Bodhi in Sanskrit, or as Pali.