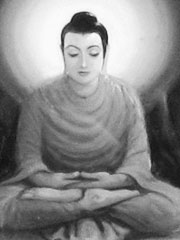 Store consciousness (Sanskrit: ālayavijñāna; Tibetan: kun gzhi rnam shes; Chinese: 阿賴耶識 Japanese: araya-shiki) is the eighth and the most fundamental of the eight consciousnesses established in the doctrine of the Yogacara school of Buddhism.

Since it serves as the container for all experiential impressions (termed metaphorically as bija or «seeds») it is also called the seed consciousness (種子識) or container consciousness.