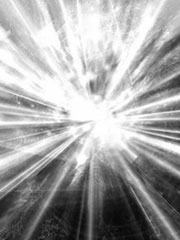 There is an ongoing dispute over whether the title, “sword-horn” sutra, is to be taken as a tatpuruṣa compound (a sword which is a horn) or as a bahuvrīhi compound (one who has a sword as a horn). In the former case, the title should be rendered “The Rhinoceros-Horn Sutra”; in the latter case, it should be rendered, “The Rhinoceros Sutra.” There is textual evidence to support either interpretation. (Salomon, pp. 11-12)