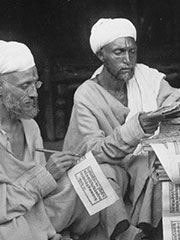 In Kalhana’s time, and before that, there was no apparently no distinction between “Hindus” and Buddhists in Kashmir. Kalhana himself used Buddhist terms and expressions as a Buddhist would.

713. Here and there, the Caityas – the abodes of the god – should beprovided with paintings. The festival, swarming with the actors andthe dancers, should be celebrated.