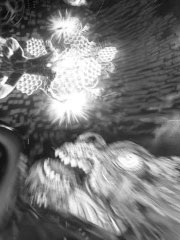 Sankhara is an important Pali term featuring prominently in the teaching of the Buddha. In Mahayana Buddhism, Hinduism and Raja Yoga it is known by its Sanskrit rendering Samskara. Sankhara is used in two senses as meaning either ‘that which has been put together’ or ‘that which puts together’. In the first (passive) sense it can refer to any compound form in the universe whether a tree, a cloud, a human being, a thought or a molecule. All these are sankharas. The Buddha taught that all such things are impermanent, arising and passing away, and that knowing this is wisdom. Sankhara is often used in this first sense to describe the mental conditioning that gives any individual human being his or her unique character and make-up at any given time (sankhara-kkandha). In the second (active) sense it refers to the form-creating faculty of mind (volition) that propels human (and other sentient) beings along the process of becoming by means of actions of body and speech (kamma). In the doctrine of conditioned arising or dependent origination (paticca samuppada) the Buddha showed that all such volitional constructs were conditioned by ignorance of the reality behind appearance. It is this ignorance that ultimately causes human suffering.

Tradition relates that after the Buddha’s complete enlightenment he uttered the following words:

Seeking but not finding the housebuilder, I have traveled through the round of countless births. How painful is birth over and over again. Oh housebuilder! You have now been caught! You shall not build a house again. Your rafters have been broken. Your ridgepole demolished. The unconditioned consciousness has been attained. And every kind of craving has been destroyed. (Dhammapada, verses 153,154)

The ‘housebuilder’ to which the Buddha refers is just this mental faculty of sankhara conditioned by ignorance.

The last words of the Buddha were:

Disciples, this I declare to you: All conditioned things are subject to disintegration – strive on untiringly for your liberation. (Mahaparinibbana Sutta)