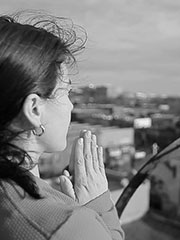 Upeksa, also upekkha in Pali, is the Buddhist concept of equanimity. It is one of the four Brahmavihara (sublime states), which is a subset of Kammatthana.

Equanimity is a balanced state of mind characterized by lack of strong attachments — attractions (cravings or desires) or repulsions (aversions). In equanimity one still notices and cares about what is going on, and has the capacity to be active rather than merely reactive. It might be compared to the eye of a storm.