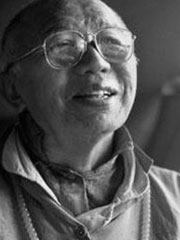 In Tibetan Buddhism, a tulku is the reincarnation of a lama or other spiritually significant figure. The most famous example is the Dalai Lama, who is said to be the reincarnation of the bodhisattva Avalokitesvara. Believers claim he has existed in 14 incarnations since 1391. The first recognized tulku in Tibet was the Karmapa (or more precisely, the second Karmapa, Karma Pakshi (1024-1283). The Karmapa, head of the Karma Kagyu school of Buddhism, is presently on his 17th incarnation.

Tibetologist Françoise Pommaret estimates there are presently approximately 500 tulkus found across Tibet, Bhutan, Northern India, Nepal, Mongolia, and the southwest provinces of China. At least one tulku, Steven Seagal, resides in North America . Female tulkus have been known to occur but are exceedingly uncommon.

Lineages of tulkus may be interlinked — for example the Panchen Lama traditionally recognizes the new incarnation of the Dalai Lama and vice versa. In most cases there is no such relationship, but in always the potential candidate is vetted by respected lamas, who often use tests such as checking if the child can recognize persons or artifacts from his previous life or answer questions only knowable by his former self.

As a tulku nears death, the people around him listen carefully for clues which may help in finding his reincarnation. Sometimes, a tulku will leave a prediction letter describing where they will be found. Prophecies, which may date forward or backward many generations, also play a role.

The Tibetan word ‘sprul sku’ (Wylie transliteration) is also used to translate the Sanskrit word nirmanakaya, the third of the three bodies of a Buddha according to the trikaya or three-body doctrine.