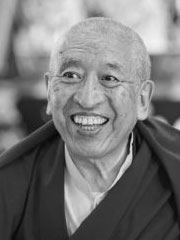 Thrangu Rinpoche (pronounced TRONG-goo RIN-poh-chay) was born in 1933 in Kham, Tibet. He is a prominent tulku (reincarnate lama) in the Kagyu school of Tibetan Buddhism, the ninth reincarnation in his particular line. His full name and title is the Very Venerable Ninth Khenchen Thrangu Tulku, Karma LodrÃ¶ Lungrik Maway Senge. «Khenchen» denotes great scholarly accomplishment, and the term «Rinpoche« is an honorific title commonly afforded to Tibetan lamas.