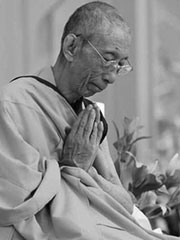 These books are mainly based on the oral teachings given by Gelug Teachers to Kelsang Gytaso. The Dharma-presentation of Geshe Kelsang Gyatso is nowadays named by NKT as Kadampa Buddhism. Only books written by Kelsang Gyatso are studied in his centres. After the takeover of The Manjushri Institute all books from their library were removed which were written by anyone else than Kelsang Gyatso. These books were accumulated when Lama Yeshe was spiritual guardian of the centre. It is claimed that many of the books were destroyed and some were rescued to be given by concerned students to Samye Ling monastery, in Scotland. However according to Kelsang Khyenrab, the NKT Director for England, «The books at Manjushri Centre’s library, as Dharma texts, were treated with respect; they were given to Centres and libraries which studied the particular traditions explained within them.»

«If we accept that as religions move from culture to culture they will always be imbued with adaptations that suit the culture at hand, then we can see that sometimes there is a need to be flexible and to adopt new ways of behaviour.» It is with this conviction that the NKT has adopted a new code of vinaya. The ordination vows are taken with the motivation of renunciation and contain the commitment to practise the three higher training of moral discipline, concentration and wisdom. As the NKT ordination vows are rooted in the strength of one’s understanding of wisdom, renunciation and Bodhicitta, their substance is seen as deriving from the Mahayana Perfection of Wisdom Sutras and Lam Rim teachings rather than from the Vinaya.