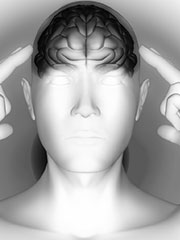 Mindfulness is the practice whereby a person is intentionally aware of his or her thoughts and actions in the present moment, non-judgmentally. Mindfulness is applied to both bodily actions and the mind’s own thoughts and feelings. In Buddhism, the second kind of mindfulness is considered a prerequisite for developing insight and wisdom. Right Mindfulness is the seventh path from the Noble Eightfold Path, which is in its turn the fourth of the Four Noble Truths.

Examples from meditation and daily life

Right mindfulness is also known as Right Meditation. The simplest, but also fundamental, example of mindfulness is to mentally give a verbal label to each inbreath and outbreath during sitting meditation. So, each time one breathes in, one thinks (e.g.) «rising», and each time one breathes out, one thinks «falling». In this type of meditation, the breath serves as a tether that the practitioner uses to bring his or her awareness back to the present moment. By residing more frequently in the present moment, practitioners believe that they are less influenced by the endless stream of thoughts, memories and wishes that characterize «mindless» existence.

Another example, this time not confined to sitting meditation: during a given day, one commits to mentally giving a verbal label to the position of the body whenever the position of the body changes. So, when one is sitting, one thinks to oneself «sitting», without actually saying it out loud but just imagining saying it. Then, when one gets up, one thinks «standing up», then after having gotten up one internally verbalizes «standing». If one starts walking, then one thinks «walking», and at the end of the day if one lies down then one thinks «lying down».

Largely associated with Buddhism, the practice of mindfulness is also advocated by such people as medical researcher and author Dr. Jon Kabat-Zinn, psychologist Nathaniel Branden and philosopher Ayn Rand. Psychologist Ellen J. Langer has written several books on what she calls «Mindfulness,» (including a book with that title), which popularize the experimental work she’s done on the topic. She acknowledges similarities between the «Mindfulness» she investigates experimentally, but her research does not draw specifically on Buddhist or any similar tradition, and the practices she advocates for attaining mindfulness are not exactly the same. Mindfulness is a core exercise used in Dialectical behavior therapy, a psychosocial treatment Marsha M. Linehan developed for treating people with Borderline Personality Disorder, and is also used in some other newer psychotherapeutical methods, such as Acceptance and Commitment Therapy.