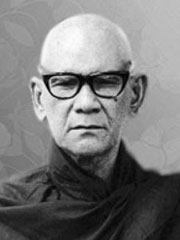 The Mahāsi Sayādaw published nearly seventy volumes of Buddhist literature in Burmese, many of these transcribed from talks. He completed a Burmese translation of the Visuddhimagga, («The Path of Purification») a lengthy treatise on meditation by the 5th century Indian Theravadin Buddhist commentator and scholar Buddhaghosa. He also wrote a monumental original volume entitled Manual of Vipassana Meditation. His English works include: