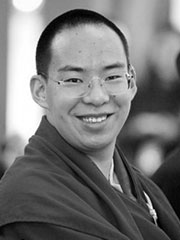 This list compiles well known individuals who practice or have heavily studied Buddhism.

A number of noted individuals have been Buddhists.

Individuals are grouped by nationality, except in cases where the vast majority of their influence was felt elsewhere.