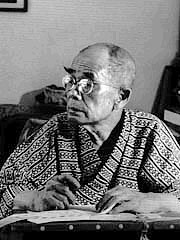 The Kyoto School was a philosophical movement primarily active in the first half of the 20th century. Centered at Kyoto University, they attempted to combine Eastern and Western philosophical traditions, with a special emphasis on Zen and Buddhism. Nishida Kitaro, the school’s founder, is most known for his work An Inquiry into the Good. Nishitani Keiji, one of Nishida’s main disciples, would become the doyen in the post-war period. Nishitani’s works, such as his Religion and Nothingness, primarily dealt with the Western notion of nihilism, ala Nietzsche, and Eastern notions of nothingness, as found in the Buddhist idea of sunyata and the Zen idea of mu. Today, there is a great deal of critical research into the school’s role prior to and during the Second World War. There is also a great deal of criticism concerning the school’s rather idealized and ahistorical understanding of the «East» and «Buddhism/Zen.» Although Daisetz Teitaro Suzuki is often linked with the Kyoto school—and, indeed, was close to Nishida—he is not considered a member.