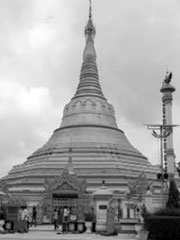 Many of the ruined stupas and viharas here date back to 3rd century BCE — 5th century CE when prosperity was at its peak. The Mauryan emperor Ashoka is known to have contributed to significant construction at this site.