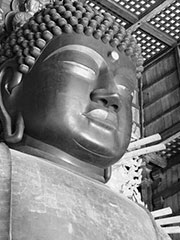 Introduced into Japan from China. The school takes its name from its authoritative text, the Abidatsuma-kusha-ron(Sanskrit:Abhidharma-kosa), by the 4th- or 5th-century Indian philosopher Vasubandhu. The Kusha school is considered to be an offshoot of the Indian Sarvastivada school.