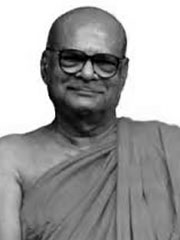 In 1962 he established the Buddhist Missionary Society (BMS) at the Buddhist Temple. It is largely responsible for the propagation of Buddhism through publications and the sponsorship of Buddhist seminars, lectures and talks, as well as regular Dharma discussions, youth leadership training and welfare activities. Its role as a missionary society is clearly stated among its «aims and objects» as follows: