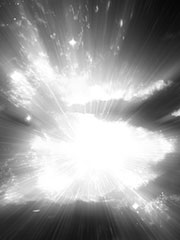 Briefly, it is the belief that the Second Person of the Christian Godhead, also known as the Son or the Logos (Word), «became flesh» when he was miraculously conceived in the womb of the Virgin Mary. In the Incarnation, the divine nature of the Son was perfectly united with human nature in one divine Person. This person, Jesus Christ, was both truly God and truly man. The incarnation is commemorated and celebrated each year at the Feast of the Incarnation, also known as Annunciation.

The significance of the Incarnation has been extensively written-upon throughout Christian history, and is the subject of countless hymns and prayers. For instance, the Liturgy of St. John Chrysostom, as used by Orthodox and Byzantine Catholics, includes the «Hymn to the Only Begotten Son»: