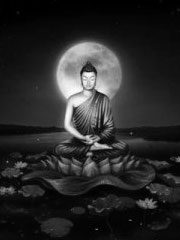 The Four Noble Truths (Pali, «cattari ariya saccani») are taught in Buddhism as the fundamental insight or enlightenment of Sakyamuni Buddha (the historical Buddha), which led to the formulation of the Buddhist philosophy.

This outline form is exactly that used by doctors of the Buddha‘s culture when diagnosing and prescribing for a disease: identify the disease, its cause, whether it is curable, and the prescribed cure. Thus the Buddha treats suffering as a «disease» we can confidently expect to cure.