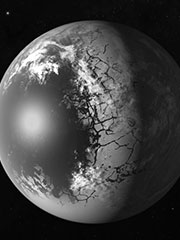 Sometimes referred to as the Knowledge Way or Vijnanavada, Yogācāra has also been called Subjective Realism, acknowledging that individual factors including karma contribute to an experience of reality that must be different for every being. It mentions the idea of «Buddha nature.»

Notably, this school was in opposition to the Madhyamaka (Sanskrit: «Middle Way») school of Buddhism. While the Madhyamaka school asserted that there is no ultimately real thing, the Yogācāra school asserts that only the mind is ultimately existent. This debate still rages in Tibet as the Shentong (empty of other) versus Rangtong (empty of self). Yogacara teachings are especially important in Tantric Buddhism, or the secret practices of Buddhism. It is often said that many Tibetan students learn the Madhyamaka school until they have mastered it, and when they are ready switch to the Yogācāra school.

The Yogacara defined three basic modes by which we perceive our world: one, through attached and erroneous discrimination, wherein things are incorrectly apprehended based on preconceptions; two, through the correct understanding of the dependently originated nature of things; and three, by apprehending things as they are in themselves, uninfluenced by any conceptualization at all. These are referred to in Yogācāra as the three natures of perception. Also, regarding perception, the Yogacara emphasized that our everyday understanding of the existence of external objects is problematic, since in order to perceive any object (and thus, for all practical purposes for the object to «exist»), there must be a sensory organ as well as a correlative type of consciousness to allow the process of cognition to occur.

On the other hand, the karmic energies created in the current lifetimethrough repeated patterns of behavior are called habit energies (Sanskrit:vasanas). All the activities that mold our minds and bodies, for betteror worse—eating, drinking, talking, studying, practicing the piano orwhatever—can be understood to create habit energies. And of course, myhabit energies can penetrate the consciousnesses of others, and viceversa—what we call «influence» in everyday language. Habit energies canbecome seeds, and seeds can produce new habit energies.

There are two important aspects of the Yogācāra schemata that are ofspecial interest to modern-day practitioners. One is that virtually allschools of Mahayana Buddhism came to rely on these Yogācāra explanations as they created their own doctrinal systems—even the Zen schools. For example, the important Yogācāra explanation of the pervasiveness of one’s delusions through «mind-only» had an obvious influence on Zen.