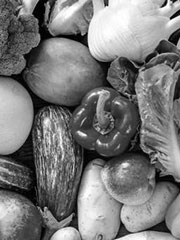 The first lay precept in Buddhism is usually translated as «I undertake the precept to refrain from destroying living creatures.» Many see this as implying that Buddhists should not eat the meat of animals. However, this is not necessarily the case. There is a divergence of views within Buddhism on the need for vegetarianism, with the majority of schools of Buddhism rejecting such a claimed need and with most Buddhists in fact eating meat. A minority of Mahayana Buddhists, however, strongly oppose meat-eating on certain scriptural grounds.

The Buddha, on one particular occasion, specifically refused suggestions by a monk to institute vegetarianism in Sangha. According to Kassapa Buddha (a previous Buddha of legend not Shakyamuni Buddha) «aking life, beating, wounding, binding, stealing, lying, deceiving, worthless knowledge, adultery; this is stench. Not the eating of meat.» (Amagandha Sutta). There were, however, rules prohibiting consumption of 10 types of meat. Those are humans, elephants, horses, dogs, snakes, lions, tigers, leopards, bears and hyenas because these animals can be provoked by the smell of the flesh of their own kind.

There is no mention of Buddha endorsing or repudiating vegetarianism in surviving portions of Sanskrit Tripitaka. Moreover, no major Mahayana sutras explicitly declare that meat eating violates the first precept. However, certain Mahayana sutras vigorously and unreservedly denounce the eating of meat, mainly on the ground that such an act violates the bodhisattva’s compassion. The sutras which inveigh against meat-eating include the Nirvana Sutra, the Shurangama Sutra, the Brahmajala Sutra, the Angulimaliya Sutra, the Mahamegha Sutra, and the Lankavatara Sutra, as well as the Buddha’s comments on the negative karmic effects of meat consumption in the Karma Sutra. In the Mahayana Mahaparinirvana Sutra, which presents itself as the final elucidatory and definitive Mahayana teachings of the Buddha on the very eve of his death, the Buddha states that «the eating of meat extinguishes the seed of Great Kindness», adding that all and every kind of meat and fish consumption (even of animals found already dead) is prohibited by him. He specifically rejects the idea that monks who go out begging and receive meat from a donor should eat it: «. . . it should be rejected . . . I say that even meat, fish, game, dried hooves and scraps of meat left over by others constitutes an infraction . . . I teach the harm arising from meat-eating.» The Buddha also predicts in this sutra that later monks will «hold spurious writings to be the authentic Dharma» and will concoct their own sutras and lyingly claim that the Buddha allows the eating of meat, whereas in fact he says he does not. A long passage in the Lankavatara Sutra shows the Buddha speaking out very forcefully against meat consumption and unequivocally in favor of vegetarianism, since the eating of the flesh of fellow sentient beings is said by him to be incompatible with the compassion that a Bodhisattva should strive to cultivate. In several other Mahayana scriptures, too (e.g., the Mahayana jatakas), the Buddha is seen clearly to indicate that meat-eating is undesirable and karmically unwholesome.

In Tibetan Buddhism, a strong emphasis was placed on number of esoteric sutras which were transmitted from Northern India. In these sutras, it is clearly stated that the practice of Vijrayana would make vegetarianism unnecessary. In fact, a number of tantric texts frequently recommend alcohol and meat—though most do not take such passages literally. The Tibetan position is that it is not necessary to be vegetarian if one practices Vijryana, but that it is necessary to be vegetarian if one practices the Mahayana path. In fact, the Dalai Lama and other esteemed lamas invite their audiences to adopt vegetarianism when they can. When asked in recent years what he thinks of vegetarianism, the 14th Dalai Lama has said: «It is wonderful. We must absolutely promote vegetarianism.» (His Holiness the Dalai Lama, Buddha Heart, Buddha Mind, 2000).