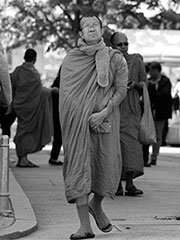 The first Croatian Buddhist group was founded in Zagreb in the 80’s. Several groups have formed since, affiliated with different traditions.

Estimates of the number of Buddhists in Croatia vary from 500 to 1000, depending on the definition.

At present, active Buddhist groups are working to establish foundational practices and communities in major cities.