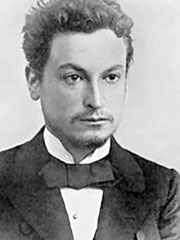 Buddhism was officially recognized under Austrian law in 1983. The Russian Federation is the only other «European» country to forwardly recognize Buddhism as «native» to its own soil, giving it official status, along with Orthodox Christianity, Islam, and Judaism.

1923 saw the foundation of a «Buddhist Society» in Vienna and Austrians were among the participants at the 2nd International Buddhist Congress in Paris in 1937. The political situation — an alliance between the Fascist regime and the Catholic Church from 1933 to 1938 followed by Hitler’s conquest of Austria and the Second World War — was highly unfavourable to the development of Austrian Buddhism.

In 1949 the «Buddhist Society of Vienna» was founded and interest for Buddhism started to flourish again. Due to personalities like Fritz Hungerleider, who had returned from exile in China in 1955 to become the society’s president, and Dr. Walter Karwath, who had spent years in Asia practicing medicine, Buddhism took a step out of literary and intellectual circles toward the world of daily life. The late 1970s saw the establishment of Dannebergplatz, the first Buddhist Centre in Vienna; the purchase of a rural property intended to become a retreat centre (Buddhist Centre Scheibbs); and the establishment of the first Buddhist Association outside Vienna (the Salzburg Buddhist Association). The latter was founded by Friedrich Fenzl, who had been a student at the Ryukoku University in Kyoto and who invited Kosho Otani, the Patriarch of the Nishi-Honganji branch of Jodo Shinshu to visit Austria. Hemaloka Thero, Geshe Rabten, the 16th Karmapa, the 14th Dalai Lama, and other eminent representatives from different Buddhist traditions visited the country, gave talks, and attracted dharma students.

In 1979, Genro Koudela, who was ordained as a Zen priest in California by Joshu Sasaki, returned to Vienna, his city of origin, and established the «Bodhidharma Zendo» there. The new Buddhist Centre at Fleischmarkt, in the very centre of Vienna, became the home for Zen, Kagyu and Theravada groups.

In 1993, Austria hosted an annual general meeting of the European Buddhist Union, which drew participants from a dozen European countries.A series of visits to the city of Graz by the Dalai Lama in 1995, 1998 (for the consecration of a large stupa), and in 2002 (to speak on «Kalachakra for World Peace») became a strong encouragement for Buddhists in Austria.