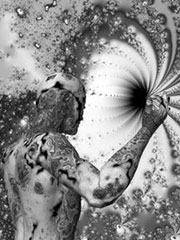 In 1974 the Kagyu Buddhist teacher Chögyam Trungpa predicted that «Buddhism will come to the West as psychology» (a view apparently regarded with considerable skepticism at the time). To date, however, Buddhist concepts have indeed made most in-roads in the psychological sciences. Some modern scientific theories such as Rogerian psychology, show strong parallels with Buddhist thought. Some of the most interesting work on the relationship between Buddhism and science is being done in the area of comparison between Yogacara theories regarding the store consciousness and modern evolutionary biology, especially DNA. This is because the Yogacara theory of karmic seeds works well in explaining the nature/nurture problem. See the works by William Walron on this topic.