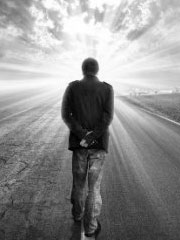 In Buddhist thought, bodhicitta (Ch. 菩提心, pudixin, Jp. bodaishin) is the motivation of a bodhisattva.Etymologically, this is the combination of the words Bodhi or enlightenment, and Citta — mind, and is sometime translated as mind of enlightenment.

Bodhicitta is invariably taught to be selfless determination, as the purpose of enlightenment is not for ones-self, but for the benefit of all beings.

According to the teachings of Shantideva and his followers, there are two aspirations of Bodhicitta:

It is also divided in two different kinds:

In Vajrayana Tibetan Buddhism, Bodhicitta is the premier motivating factor for one’s practice. It is said that without grounding in bodhicitta, the practice is all for naught. Bodhicitta Bodhiczitta Бодхичитта Bồ-đề tâm